Join us in congratulating Elizabeth Lange from the Clerk/Register of Deeds Office and Brad Gamby from the Innovation and Technology Department, who have been recognized as Ottawa County’s Outstanding Customer Service Award recipients for the second quarter of 2017.

The individual who nominated Elizabeth wrote: 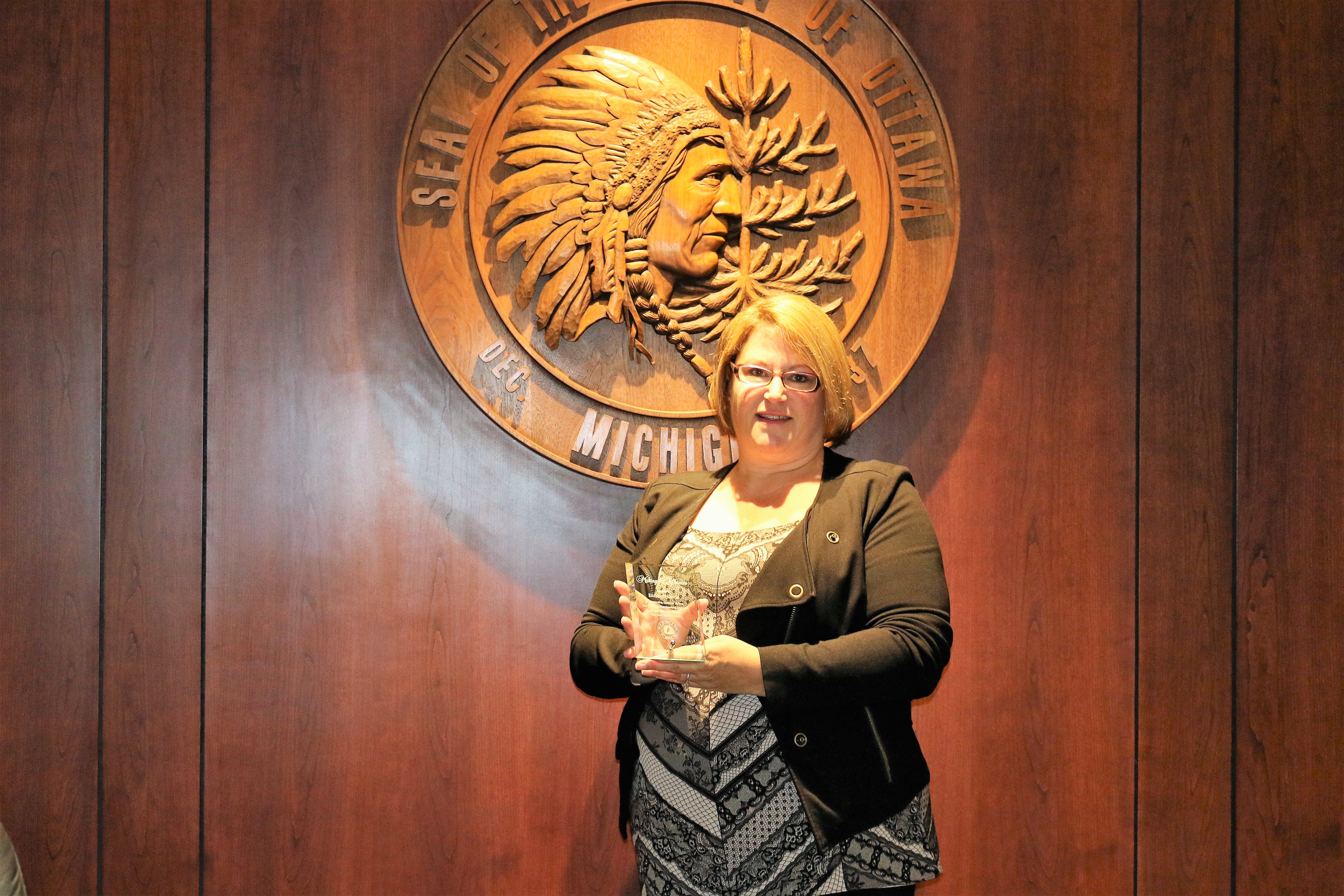 “I am an attorney who does nothing but real estate law -- litigation, commercial transaction, and teaching -- for 45 years. On Tuesday, May 2, I presented a 48 page document for recording which was the culmination of a 4-year, complex lawsuit in Ottawa County Circuit Court. This is a document which the lawyers involved spent hours and hours "flyspecking" to make sure it was perfect. Knowing that there would be questions about its suitability and form for recording, I personally presented it to the R of D rather than mail it in. It is fortunate that I did, and doubly fortunate that the clerk I dealt with was Ms. Lange. Not only did she catch a typographical error that all of the attorneys (including me) had missed -- which could have created an ambiguity when the instrument was reviewed in the future; she asked all the right questions to make sure that the document was recorded properly, insuring that it appeared in the chain of title for the several properties involved. She deserves more than a letter of commendation -- she deserves a medal and a raise!!! I am not related to Ms. Lange nor had I ever met her before. I am taking the time to write this nomination because I am not easily impressed, and she impressed me with her knowledge, patience, and persistence in making sure the document was correct and properly reflected in the record.”

The people I work with. We are an awesome team!

Leaving my family to be an exchange student. This is way before home computers were commonplace and cell phones were the size of a small piece of luggage, so my only communication with my family was by letter.

I am a comic book guru.

Katherine Hepburn. Brilliant conversationalist who was well versed on may subjects. She was forward thinking with strong opinions and a great sense of self.

Italy. Great food, beautiful countryside and there is so much art & antiquity to enjoy.

I would travel back to the golden age of Hollywood. I love old movies and to see this new medium bring stories to life on screen would be very cool. Any other event would be too tempting to alter the course of history.

The individual who nominated Brad wrote: 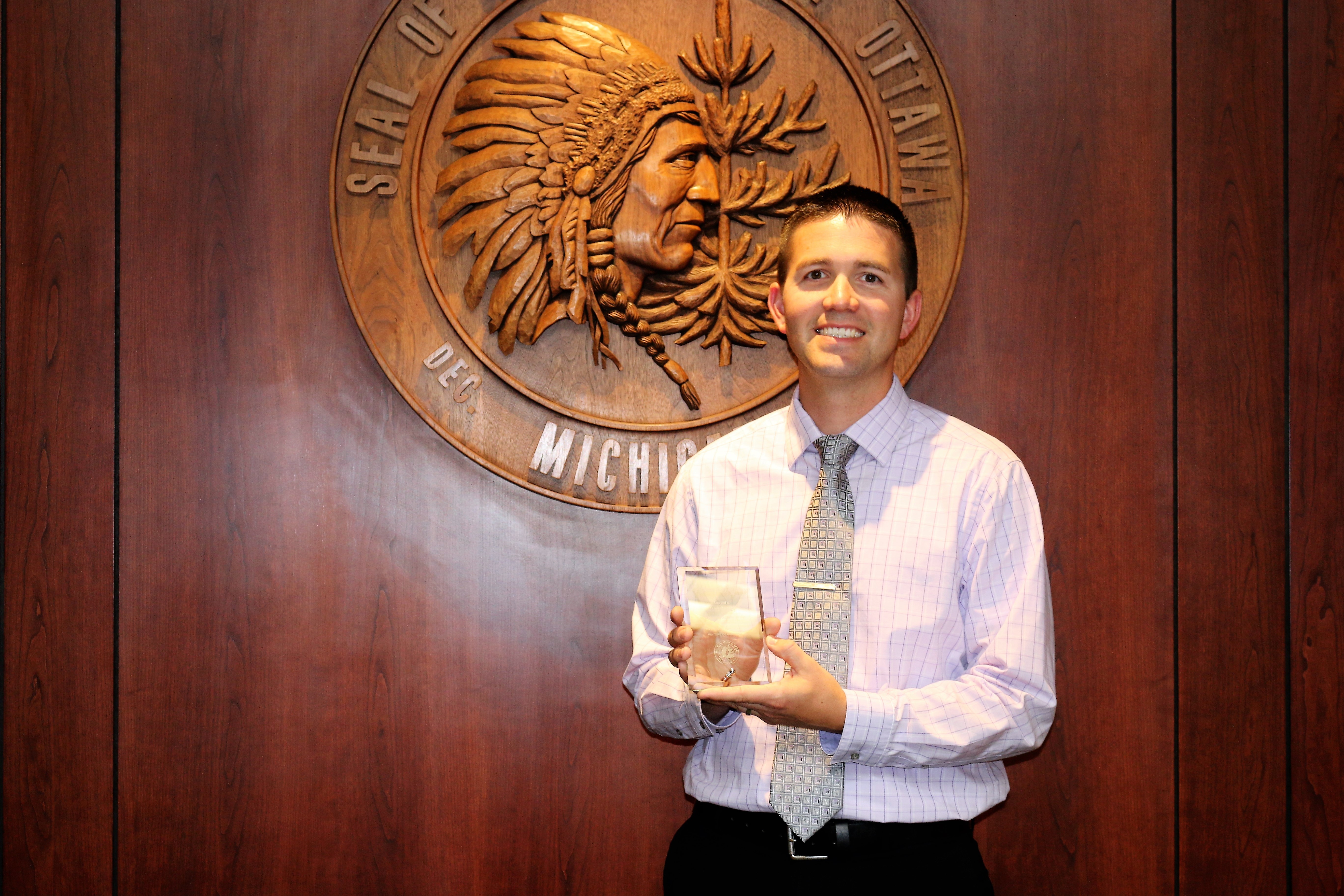 “He is always on top of things, thinking of ways to be make things better or more efficient, and following up to make sure things are working the way they should. He is approachable and willing to help and teach. Our office has had many experiences that Brad has been able to make things better than what we had originally expected. Just to name a few: 1. We were in the process of getting new monitors for our office. Brad came to me with the thought to replace both of one of our long time employee's monitors and move the newest of her old ones to the extra office instead of putting the new one in there. This gave the employee more monitor space and even sizes and the extra office is used less frequently anyway. 2. Our all-in-one copier was replaced this year. We had some requests to be able to scan to OnBase in more than one way which was available in the system, but took extra research and adjusting to get it to work. In addition, we asked that we be able to scan color and a couple other features be automatic. Brad helped us be able to get all the things we wanted and when he got stuck, he went above and beyond to find the answers he needed to make things work for us. 3. We received a new laptop that was to be used for weekend duty. I was having some issues with multiple monitors on my current setup/laptop so he took it upon himself to suggest and approve me getting the new larger and more compatible laptop and for the set up for the other station to be even better for those using it. It will be easier for them and is much more efficient for me and a better use of the equipment in both places. He is a great example of what it means to go above and beyond in your position.”

The great colleagues I have the opportunity to work with every day.

Having kids and being a parent.

I have a black belt in karate.

My grandparents who have passed so I could see them again.

The colonial era to witness the United States as a developing nation.