Join us in congratulating Jared Hayward from the Innovation and Technology Department and Shawn James from the Sheriff’s Office who have been recognized as Ottawa County’s Outstanding Customer Service Award recipients for the second quarter of 2018. 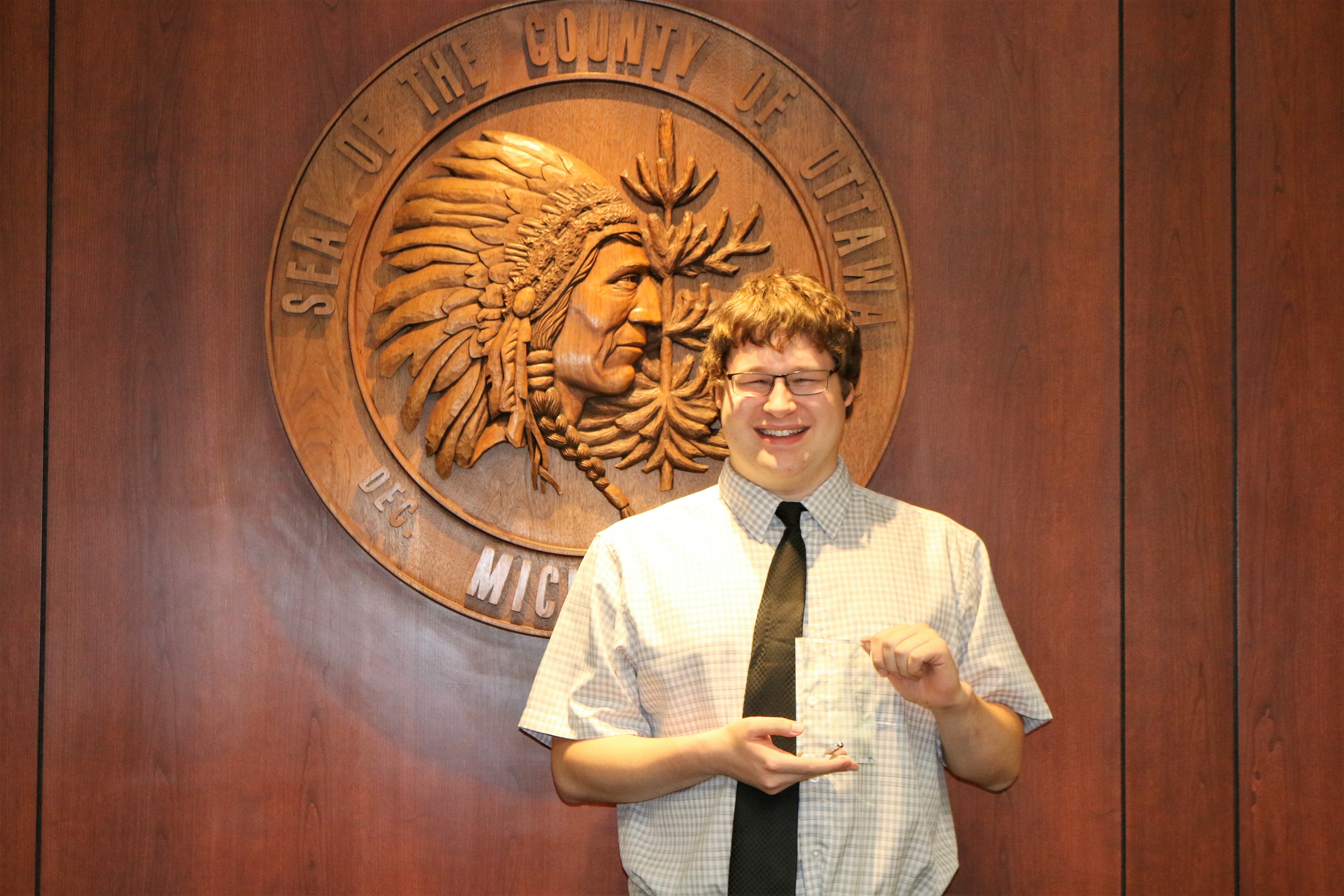 The individual who nominated Jared wrote:

“Jared has on many occasions taken the time of out his day to help with a quick issue that has not been submitted through the IT Help Desk. He has helped me many times locate a document or move a document that has been routed incorrectly. The most recent experience was a document that a co-worker in another department routed by accident somewhere that we could not see and Jared was kind enough to go in and locate the document and then route the document where it should have been sent too instead of just putting it back where it came from. I would like to thank Jared for all his help on all the little things that are mostly overlooked.”

The thing I like most about working for Ottawa County is:

The people we get to work with and help improve things for.

Assuming the responsibility for administrating the County’s ECM system has been a fun and interesting challenge. I learned a lot in a short time.

I bike nearly every day after work, rain or shine. I think some of my best ideas have been thought of during these rides.

Julius Caesar. I’ve always wondered if he had any idea what he set in motion.

If you had to spend all of your vacations for the rest of your life in the same place, where would you go and why?

Washington DC. I went there recently and there was just so much to see and do that I could see myself going back several times.

I would like to go back far into the past, maybe Ancient Rome, and just see how people lived and what they sounded like back then. 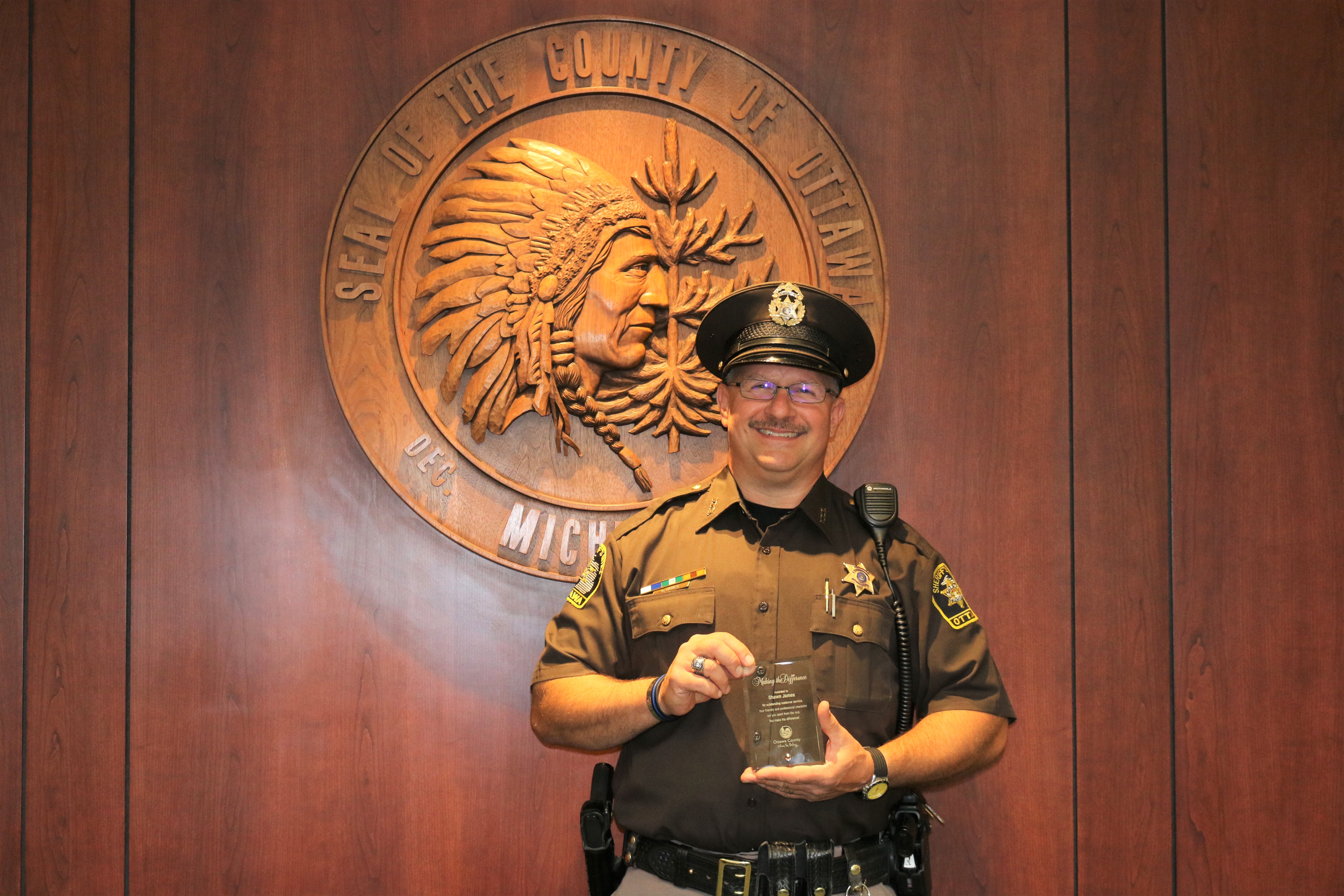 The individual who nominated Shawn wrote:

“Deputy Shawn James volunteered several hours of his personal time to help a Coopersville Area Public Schools special needs student in his task at earning the rank of Eagle Scout. His Eagle Scout project involved raising money to purchase a handicap accessible merry-go-round that was installed at the Coopersville Area District Library. Shawn James volunteered his expertise and his status as a general contractor to work and oversee the installation of the playground equipment. This project was finished on Tuesday, May 22nd. James displayed a positive work ethic and a great deal of professionalism during this project. The actions of Deputy Shawn James volunteering his time and talents has also displayed a positive image of the Ottawa County Sheriff's Office. I commend Deputy Shawn James for going above and beyond in his service to the residents of Ottawa County.”

The thing I like most about working for Ottawa County is:

The things I like most working for the County are my coworkers and being able to help resolve issues for people. Doing my line of work you develop a huge bond with your coworkers who become life time friends. I experience many highs and lows together that cure that bond. I learned early in my career that unfortunately not everyone can be helped. However, when someone wants help and I can facilitate that. It is a great feeling. It is hard to explain how you feel when someone thanks you for arresting them, a family member or a friend. Or when you see someone take advice and improve themselves.

The hardest things I have done are responding to out jail break in Grand Haven in December 1994 and responding to the Ravenna Bank Robbery in October 2011.

You would be surprised to learn that summer is my least favorite season (toooo HOT). I love winter. I am a life time snowmobiler, cross country skier and winter camper and hunter. I go camping almost every year for 3 nights and 3 days in the Upper Peninsula in January or February. I also winter camped growing up with Boy Scouts. Now I go with my son's Troop winter camping.

If I could have dinner with any one dead or alive it would be Donald Trump or Vladimir Putin. They are both world leaders of very powerful nations and of course are very powerful men. I would like to converse with them (who knows if I could use my police skills) to get some and I mean some fraction of truth out of them. It would be good entertainment anyway.

If you had to spend all of your vacations for the rest of your life in the same place, where would you go and why?

If I had to pick one place for the rest of my life to vacation it would probably be somewhere north that gets lots of snow, has clear cold streams for trout fishing and plenty fields and forest for hunting.

If I could go back in time to a certain era it would be when the French and English were first settling Canada and Michigan. I would get involved in the exploring, hunting and trapping of the time. Exploring the north is very satisfying.