Join us in congratulating Shane Ryke from the Sheriff’s Office, who has been recognized as Ottawa County’s Outstanding Customer Service Award recipient for the third quarter of 2016.

The individuals who nominated Shane wrote: 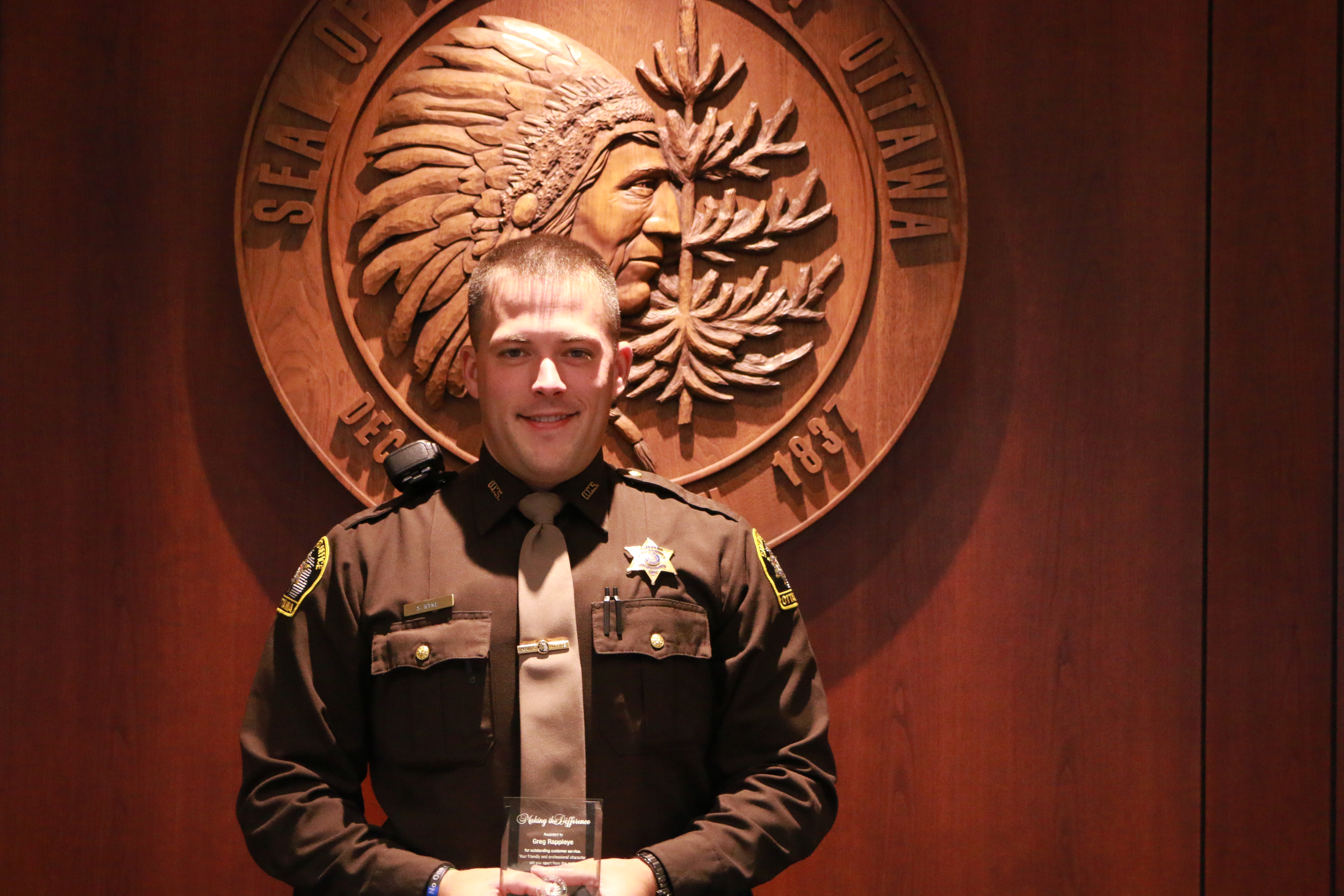 "Yesterday was my daughter's 4th birthday we went to catch air to celebrate. On the way home to Muskegon we had a tire blowout. We were on the side of the highway for about 2 hours while my dad came to help and go get a new tire for us. While waiting Deputy Shane Ryke stopped to help and stayed to make sure we were safe because it was the driver side tire. While talking he learned it was my daughter's birthday he had a stuffed animal in his cruiser and gave it to her. I just wanted to share because it helped turn a bad situation into a pleasant one. Thank you Deputy Ryke!"

"After learning my son was the boy who waves to him from across the street at home, and that he wants to become an officer someday, Shane took time to find junior deputy badges and brought them over to my son all on his own time. To my 5 year old, this was huge. With a lot of negative things in the world, this is reassuring to my son that cops are not bad people. He's still set on becoming an officer someday "just like the one across the road."

The diversity of the people and areas within the county.

Deploy to Afghanistan in the Marines.

I originally wanted to be a teacher growing up, then changed my mind into law enforcement.

Jesus, to thank him.

Michigan during the colonial era for the scenery, hunting, and fishing.