One of the most significant, yet unrecognized groups of water contaminants is storm water pollutants. When it rains, storm water runs over yards, streets, roads, highways, parking lots, parks, and playgrounds, carrying with it everything in its path, including debris and pollutants. Eventually, the water will travel to a stream, either over land or via a storm drain. Storm drains are frequently located alongside streets and parking lots. Unlike sanitary sewers that divert water to a treatment plant directly from your home, storm drains lead directly to surrounding lakes and rivers without any type of treatment. All the debris and pollutants that were picked up by storm water runoff, end up in your lakes and streams!

The Clean Water Act of 1972 set up the NPDES. The NPDES program required communities around the country with urbanized areas to begin tackling the issue of storm water pollution. In recent years, several communities in Kent and Ottawa Counties were required to develop an illicit discharge elimination program (IDEP). The IDEP was required to include an investigation of the waters of the state to identify, and eventually eliminate, illicit discharges and connections to the storm sewer.

What is an Illicit Discharge or Connection?

An illicit discharge is any discharge to the storm sewer system that is not composed entirely of rain water or groundwater. Examples include dumping of motor vehicle fluids, household hazardous wastes, grass clippings, leaf litter, industrial waste, restaurant wastes, or any other non-storm water waste into a storm water system. An illicit connection is the discharge of pollutants or non-storm water materials into a storm sewer system via a pipe or other direct connection. Sources of illicit connections may include sanitary sewer taps, wash water for laundromats or carwashes, and other similar sources.

How Do I Spot an Illicit Discharge or Connection?

* Text and graphics for this article were obtained from the MDOT Storm Water Management Brochure Together…Better Roads, Cleaner Streams. 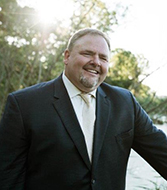