Join us in congratulating Veronica Garcia from Community Mental Health and Meri-Beth Brouwer from the Sheriff’s Office, who have been recognized as Ottawa County’s Outstanding Customer Service Award recipients for the first quarter of 2017.

The individual who nominated Veronica wrote: 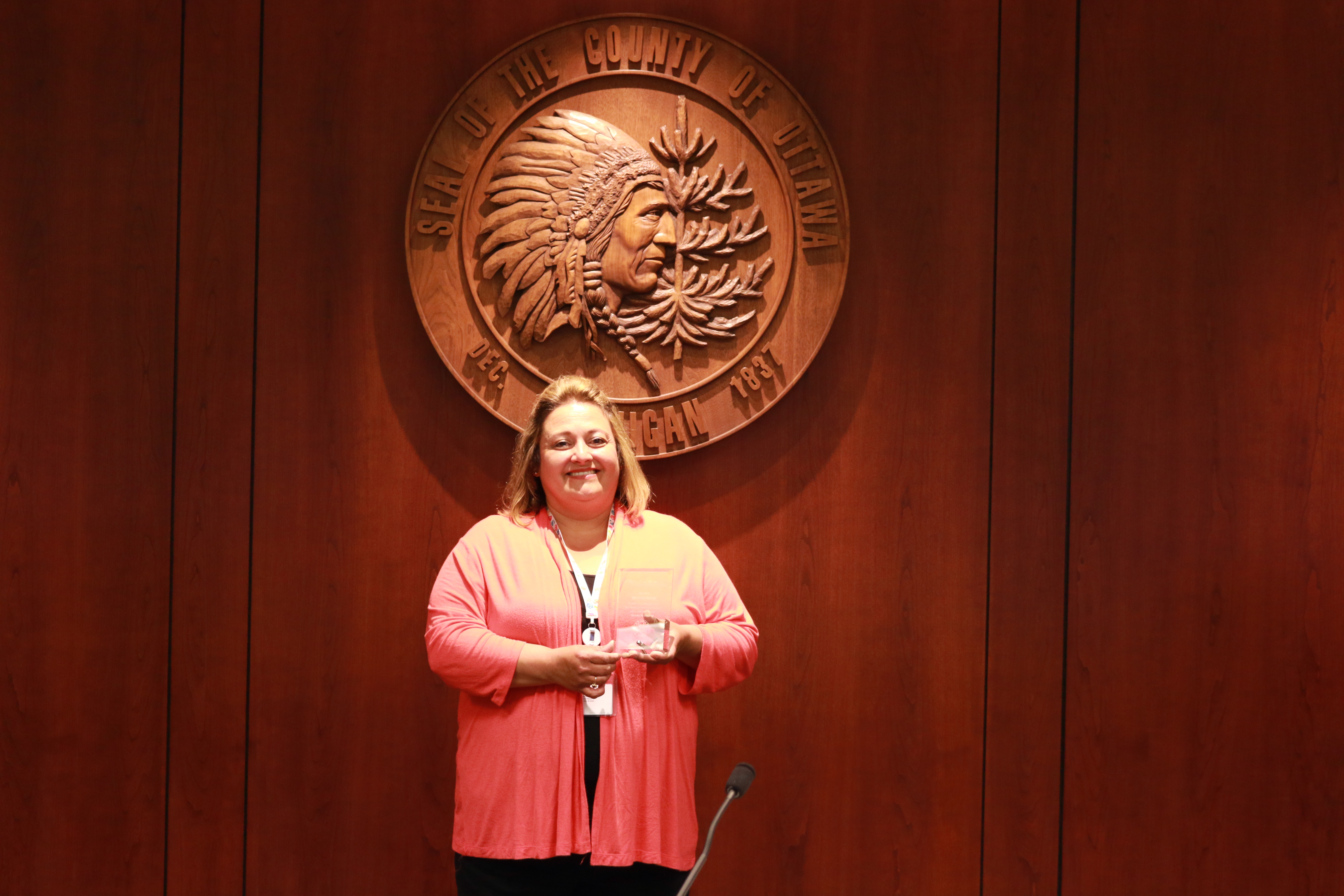 “Veronica pitched in immediately to cover a co-worker's shifts for our front desk due to a family emergency. She had to cover evening hours as well and change her schedule without complaint. While one of her job duties is to cover the front desk, she also was expected to complete her main job duties as well which consists of providing support to a large clinical team. She also assisted the other team that her co-worker provides support to and assisted greatly in this staff's absence. She had a positive attitude and had the foresight to anticipate any issues. She is a great asset to our agency and has worked here for many years. Many of our clients know her and this is a comfort to them when they come to our agency. I think it’s easy to forget that seeing a warm, friendly face and someone that remembers their name is very important to the clients that we serve. I also believe it’s all the little things that add up to the great service that Veronica provides at our agency.”

The positive changes we make in the families and children our staff work with.

There are so many it is hard to pinpoint just one. But the most recent would have to be changing job positions. I love what I do, the people I work with and most importantly the daily connection I had with the parents and kids we work with. I am so lucky to be part of an awesome team so being able to still be part of this team made the transition easier.

The Detroit Lions finally made it to the Super Bowl!

My mom- no matter how old we get, you always need the advice of your mother.

Up north at a cottage by the lake.

I would say to the 90’s, my kids would be little and the loved ones that have passed on would all be here.

The individual who nominated Meri-Beth wrote: 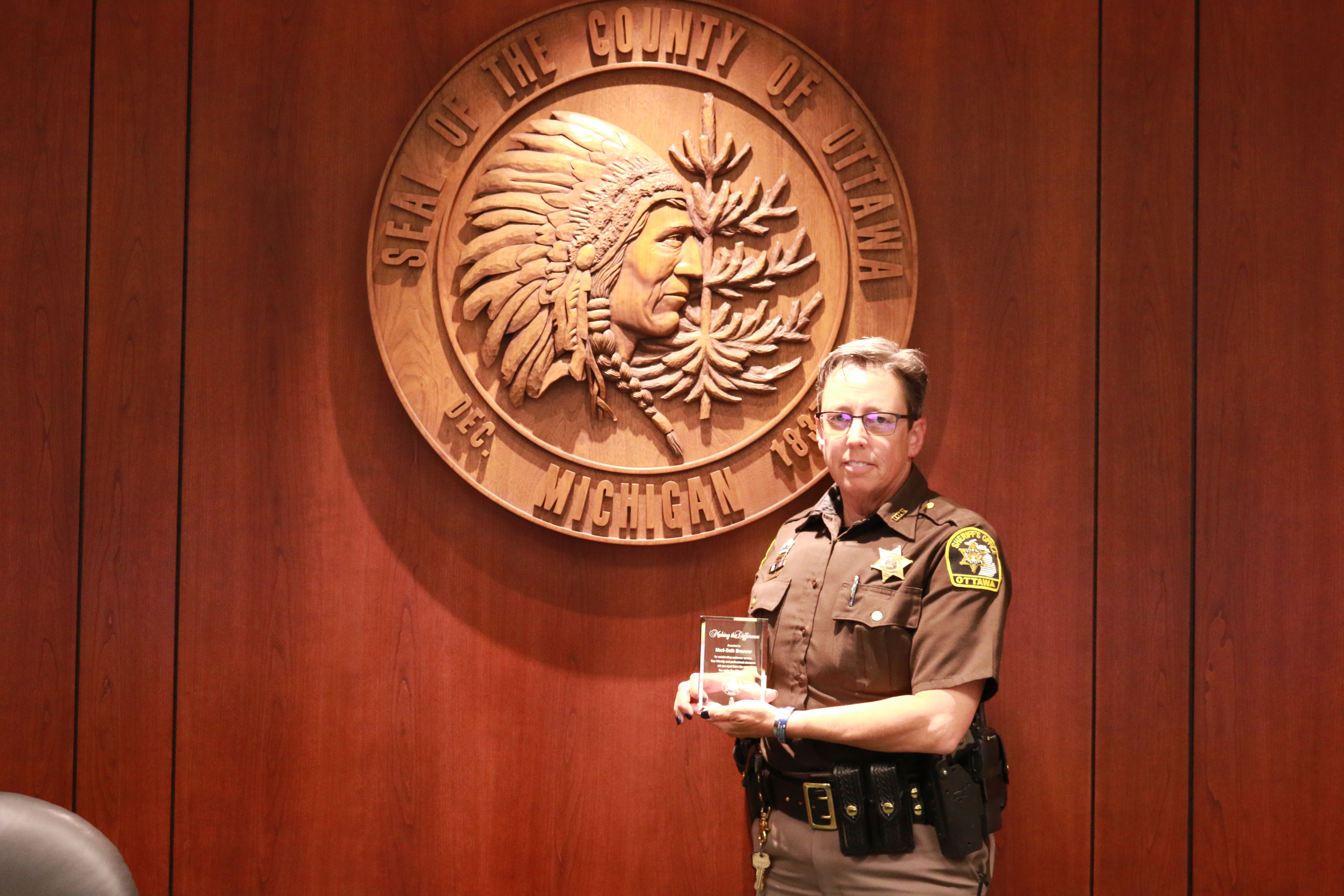 “A victim of a fraud complaint filed an original complaint with the Sheriff's Office. The victim sent a check to a person in Arizona for just under $2000 for taxes for a claimed Publishers Clearing House Prize they won. When the victim realized this was a scam, they went to their bank to stop payment and were told the check was already sent and the only thing that could be done was to go on-line and attempt to make a Check Intercept in Arizona at the local post office. This would require an on-line account and significant computer work which the victim said they were incapable of doing. Deputy Brouwer took it upon herself to spend approximately an hour on the victim's computer figuring out the Check Intercept procedure and helped the victim enter their information to pay for the service for the Check Intercept. She was later contacted by the victims who indicated they received their original check back in the mail and got all of their money back since the Check Intercept was successful. The victim said Deputy Brouwer went above and beyond and made great efforts to help them with this fraud complaint. The victim was moved to tears explaining what she did for them. This is exceptional Customer Service "The Ottawa Way." Deputy Brouwer went above and beyond a regular call for service.”

Working in a community that I enjoy and call home.

Allison Anderson made me get my nails done and I like it.

My Mom because she has been dead 10 years.

Inaugural Daytona 500 because racing is fun.